Are you an Empath?


Ever wondered what an "empath" is, and whether you might be one? If so, you are encouraged to read on!

Do you ever feel like you are picking up the physical symptoms of another?
Do you have a frequent need for solitude?
Are you drawn to water?
Have you been told by others that you have "warm" or “healing hands”?
Do you tend to put the needs of others above your own?
If you answered "yes" to half or more of these questions you could be an empath!
So, what is an Empath?
At first glance the word “empath” may appear to bear some resemblance to the word “empathic”; however, there are some fundamental differences between the two which are important to clarify.
One of the more important distinctions is that being empathic tends to be a conscious choice, whereas the experiences of an empath are often involuntary. Furthermore, while an empathic person strives to understand and feel the experiences of another on cerebral and emotional levels, the empath literally takes on the energy of another, and can do this across space and time; via face-to-face encounters, telephone conversations, dreams, music, thoughts, sex, clothes, food – the list is endless, as everything is comprised of energy.


For the empath, then, it is all about energy. An empath can be likened to a large sponge, knowingly and unknowingly soaking up the energetic vibrations of anything and everything they encounter. Consider the following points:
Empaths exposed to various sizes of groups of people often find themselves “taking on” a plethora of (contradictory) emotions belonging to others, which can leave them feeling confused, conflicted and worn out (it is because of this phenomenon that many empaths get labeled with mood disorders);

If the preceding list of experiences identified as being common to empaths seems daunting, it might be helpful to consider the idea that there is actually a “double-edged sword” nature attached to being an empath. While one side of the sword has been described above, the other side corresponds to the fact that it can be extremely powerful, in personal and spiritual ways, to be deeply perceptive on intuitive, mental and emotional levels.

In the same way that some empaths can be repelled by the energies in some people to the extent that they are unable to be around them, they can also be magnetically drawn to others who have active or latent empath ability, thus helping to contribute towards the development of a collective consciousness which is geared towards the sensibility of healing, through merging with such others. Moreover, if an empath is truly paying attention to/trusting their intuitive abilities and connecting with others who are similarly "gifted" they are able to influence the direction of the Universe in a way that is consistent with its ultimate survival.

A great deal of the more challenging aspects of being an empath can be offset by investing in relevant (spiritual) education with a particular view to developing greater awareness around issues of self care. Some "Dos" with this regard include:
Learning how to recognize and trust your instincts; 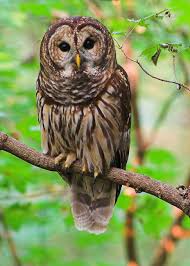 Posted by Cheryl A Alexander at 8:35 PM