Now you see it, now you don't!

Illusion is one of the most ubiquitous yet intangible types of phenomena to be found in the Universe. Quite literally, it has a tendency to exist everywhere...occurring over and over again, and employing a number of different guises during its manifestations!


Part of the power of illusion lies in its ability to beguile us on a physical level; in simplistic terms, any of the five senses (which most of us learned about at some point, during elementary school) are fair game, here. Therefore, although someone or something may appear highly pleasing to us on a sensory level (sight, sound, taste, touch and smell) it does not necessarily follow that our perceptions in such instances are in line with the "truth" of the situation. For example, the people whom we have been quickest to confide in or form relationships with based upon their physical attributes and/or what we think we hear them saying may be the very people we would have been better off keeping at arms length. Additionally, where illusion is concerned, the flip of the preceding instance can be true, in that we can consciously or unconsciously mistake our perceptions of the unfavorable physical traits in people to indicate undesirable personal characteristics, consequently discarding them, only to later realize that we may have been wise to trust these people with our lives! In fact, what is perceived using our physical senses can sometimes be so far from reality that it is nothing short of astounding...and in the aftermath of the revelation we can feel like we have fallen really hard on our heads ~ ouch!

Unfortunately there is no set formula for uncovering illusion:  Not all people subjectively perceived as beautiful on the outside have incompatible souls, and not all individuals regarded as physically unattractive can be guaranteed to be motivated and guided toward a path of personal integrity. Thus, the key to deciphering psychological illusions does not merely lie in assuming the opposite of what is perceived on physical levels, rather, it exists in our own willingness to take the time to scratch below each shallow surface to reveal the whole truth.

On larger sociocultural levels it is possible to perceive that the majority of us may have been presented with an assortment of social constructs that we have been hoodwinked into recognizing as "fact" or "truth". For example, the ideas of "race" and "gender" as objective, categorical realities have been pervasively entrenched into the majority of mainstream cultural thought and society, across space and time  ~ for centuries! Unfortunately these particular ideas have been so successful in their implantation that they have inspired numerous oppressive, divisive systems ~ many of which can be recognized as the various, very real "isms" ~ which continue to thrive today, and which, due to their negative influence threaten to weaken the spiritual fabric of the world in which we live. The reality of the "isms" and the devastation they inspire is unlikely to vanish until we become more readily able to identify the veneer binding together the concepts from which they were born.


The great news is that as the world grows older, many individuals drawn to a spiritual path are, indeed, beginning to discern the illusion hovering at the heart of many of the social constructs which have been set up to divide and conquer human beings, and are consequently influencing the collective consciousness in ways which are more conducive to equality, healing and harmony.

Multiple confrontations with illusion challenge us to move beyond the five, physical senses in order to recognize and utilize our sixth sense. The sixth sense is metaphysical in nature, and is more commonly referred to as “intuition”. Unlike the five traditional senses, most of us are not given academic instruction regarding the concept and practice of intuition. Although we are all born with intuition, some of us are better at recognizing, trusting and applying it than others. Like a muscle which has become feeble due to lack of exercise, our intuitive abilities are apt to wane if we neglect to use and fine tune them.


Intuition has been likened to a feeling in the gut, a calm, inner voice and a sense of “knowing”, even when such knowing appears to fly in the face of logic. We can notice our intuition working during the moments when we say to ourselves “something just doesn’t feel right about this”; when the hairs stand up on the back of our necks around certain people, when we feel a certain type of heaviness in the pit of our stomachs ~ almost like we had been punched in our energy body ~ or when the words we hear coming out of someone’s mouth sound like they make perfect sense (because we want them to) but don’t ring true in our hearts.


Remember: Although illusion can certainly lead us into treacherous waters, we would do well to recognize its existence as a higher power gift which promotes intuition development, helps to facilitate awareness around the types of material values which inform our own erroneous beliefs and assists in uncovering, strengthening and embracing the core spiritual values which are so important to our world. 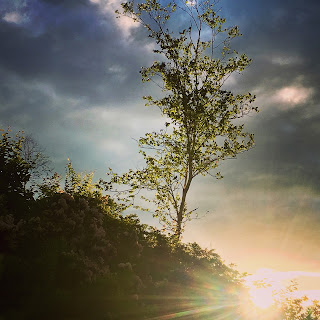 Posted by Cheryl A Alexander at 4:35 AM